Qatar adds 6 countries to red list including UK and UAE 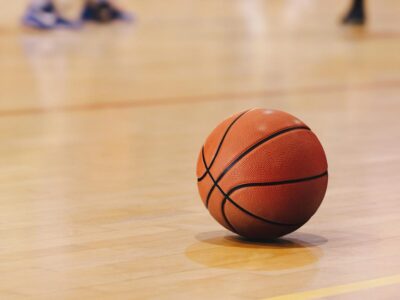 By Time Out EditorsNovember 17, 2021
Slam-dunk. NBA games are coming to the UAE for the first time. In 2022, Abu Dhabi will host two NBA preseason games, marking the first games played between two NBA teams in the Arabian Gulf.

The big news is part of a multi-year partnership between the National Basketball Association (NBA) and the Abu Dhabi Department of Culture and Tourism (DCT Abu Dhabi). The capital will host the history-making preseason NBA games in October 2022. Two games will be played in the capital, but the participating teams and host venue have yet to be revealed. (Keep it locked here for all the latest sports news and more.)

In addition to Abu Dhabi hosting the two NBA preseason games next year, there will be interactive fan events featuring current and former NBA players, an NBA 2K League exhibition event and NBA Fit Clinics that focus on health and wellness. Furthermore, junior NBA Leagues for boys and girls will launch at schools across the UAE to encourage kids to get active and for everyone to enjoy the sport.

If you’re a fan of basketball, you will not want to miss a moment.

In October, the Harlem Globetrotters showcased their iconic style at Etihad Arena on Yas Island. The American basketball team also slam-dunked and dribbled their way through two exhilarating exhibition games at Expo 2020 Dubai.

Abu Dhabi is already home to so many incredible sporting events and activities, including F1 and everything happening at Etihad Arena.

Next year, the UAE capital will host the 2022 UCI Urban Cycling World Championships, plus, a massive 109km cycle track called the Abu Dhabi Loop is being rolled out.

Get your sporting gear ready. You don’t want to miss a moment.

Ostapenko Storms To Victory In Dubai For 5th Career Title