One of the UAE’s oldest nurseries reopens in new building 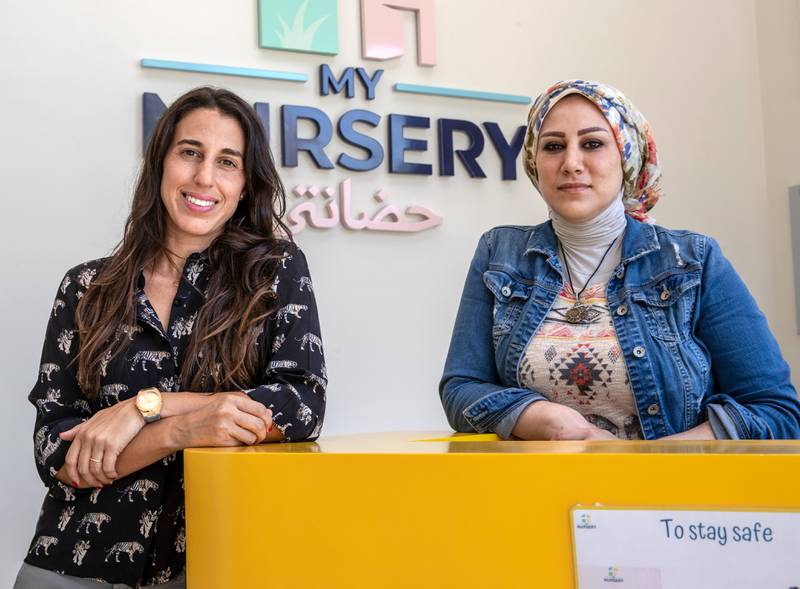 Together, We Walk: Lebanon to send message of hope at Expo 2020 Dubai

One of Abu Dhabi’s oldest nurseries has reopened in a new location, 18 months since it was forced to close due to Covid-19.

My Nursery opened 30 years ago in a small villa in the Karamah area with just seven children. It quickly grew and was soon looking after 500 children in four connected buildings.

Initially catering up to KG2, or Year One in the British system, it downsized in the early 2000s after the rules changed, permitting nurseries to only enroll children below the age of four.

We were very famous because we were not just a nursery. We had a kindergarten.
Joumana Kaddoura, assistant manager of My Nursery

It was already planning to move location due to a lack of outdoor space when the pandemic struck,  .

But its new facility, in the new Sheikha Fatima Park, was not yet ready when  last October.

Almost a year later, it has now reopened in its new building.

“I wanted a location that was a little bit special and wasn’t a typical villa,” said who is the managing director of My Nursery and founder of Yellow Submarine Nurseries in Abu Dhabi.

“So the fact it was in this park, had a , was all on one level instead of stairs for little children, it was perfect.”

Her mother, Wafa Salloum, founded the nursery with her friend, Henriette Jarjur.

Ms Salloum taught there herself, even though it was not in the initial plan.

“I went to university in the UK and when I came back one Easter, my mum had a teacher who was pregnant with twins and had to leave earlier than expected,” she said.

“So she said ‘please Tala fill in for a little bit until I find someone to replace her’. I filled in for her and absolutely loved it.

“I ended up teaching for two years and then I left to do my masters in early years education.”

And she is not alone. There are many staff members still working for the nursery who have been involved since the early days.

Assistant manager Joumana Kaddoura, 45, from Jordan, started at My Nursery in 1999.

“There were only two nurseries in 1999. My Nursery was one of them,” she said.

A My Nursery advert from June 1991. Photo: My Nursery

“We were very famous because we were not just a nursery. We had a kindergarten. Children used to stay with us four years in a row. They finished KG2 (Year One) and immediately they joined the school.”

She joined planning to stay only a few months. The young mother was new to the city and wanted to make some friends. She had no intention of staying on.

“I couldn’t quit. It became like my second home,” she said.

“All the staff, it’s not just me. You will find here a teacher who has been here almost 20 years working for My Nursery.

“Once you step in, you will never leave it. I had a lot of chances to leave but I couldn’t.”

Not much has changed from the way is was run in Karamah. It has retained the strong curriculum it is known for, she said.

But there has been a lot to get to grips with at the new facility, from Covid-19 precautions to procedures relating to setting up a new nursery.

“This took a lot of work,” Ms Kaddoura said.

“Ms Tala was very helpful and also the team in Yellow Submarine. Because all this is new for us.”

My Nursery was particularly popular with Emirati and Arab children, due to its strong Arabic curriculum. And many of those children are now returning.

“Just yesterday, one of the parents called me to say, finally you have opened? My daughter needs to go to school. She needs to join the nursery,” she said.

Tala Abbas, 31, has signed up her son, who is almost two. She said she was pleased to hear it had reopened as she attended the original nursery and was keen for him to join too.

“When I saw My Nursery open down the road from where I live, I wondered if it was the same one. And then I heard it opened up registration I thought let’s check this out,” she said.

“I must have been about four. I do remember it actually. I have pictures there as well from my graduation,” she said.

“I remember walking into the villa. I have friends who continued on from my nursery to my school.”

Her son starts in October.

“His best friend is also in his bubble, so we are super excited for that,” she said.

“When we walked in for the orientation, I felt emotional, even though it’s not the same nursery. The same names are there. The same people are teaching.”

Get kids moving to feel the joy of sports and play

Demiri takes to the stage at Time Out Market