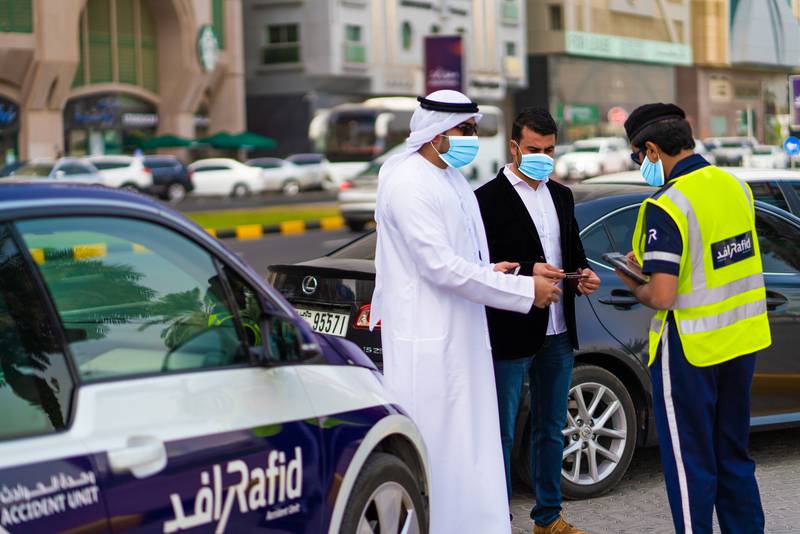 The number of minor road accidents in Sharjah has risen sharply since the start of the new school year.

Between August 29 and September 9, the Rafid Accident Department, which surveys the scenes of minor accidents in Sharjah, dealt with 3,230 traffic incidents.

The same period last year had far fewer accidents with only 2,615 reported.

About 60 per cent occurred because drivers neglected to keep a safe distance between vehicles.

The highest number recorded on one day was 317 on September 2.

The daily average of minor accidents this year is 213.

“The increase with the start of back-to-school season was expected due to the intense movement of vehicles on the roads and some drivers unmindfully rushing to their destinations,” said Abdul Rahman Al Shamsi, manager of the accidents and roadside assistance services department at Rafid.

“This contributed to congestions on some of the roads leading to and from schools.”

Mr Al Shamsi urged drivers to follow traffic laws and maintain a safe distance from other motorists. He also advised they park safely to the side of the road if involved in an accident.

“In the event of a minor accident, motorist should park in a safe area then alert Rafid through its smart app or by calling the toll-free number 800 72343 (RAFID),” he said.

Other services available on the app include roadside assistance and the replacment of tyres and batteries.

Mayweather Vs Deji Will Be Watched By Millions